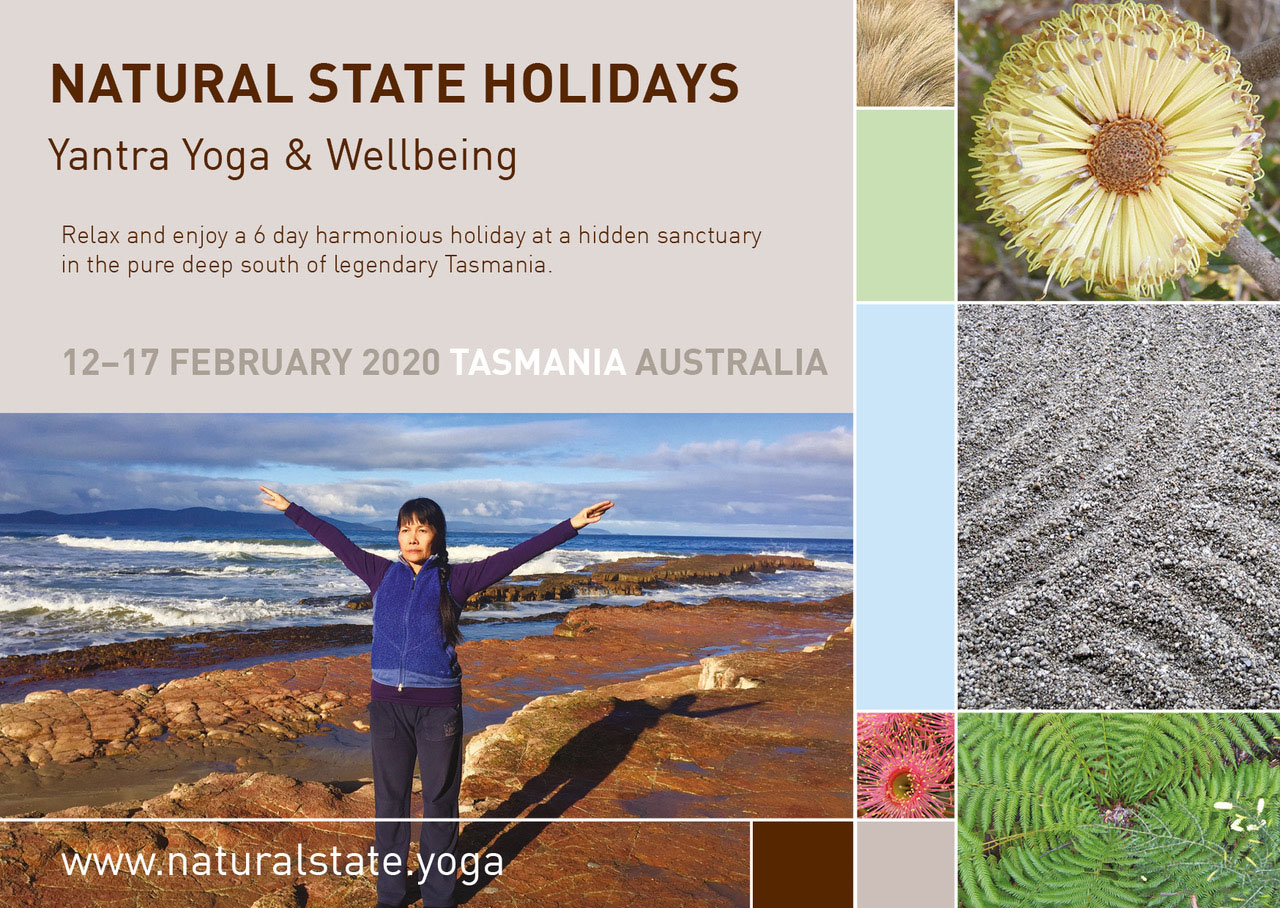 Relax and enjoy a 6 day harmonious holiday at a hidden sanctuary in the pure deep south of legendary Tasmania.

Where land, ocean, river and sky meet, and the Aboriginal people long gathered to feast from sea and shore, immerse yourself in a flexible opt-in program including the ancient Tibetan Yoga (Yantra Yoga) called ‘Union of the Sun & Moon’, Thalassotherapy (saltwater bathing), natural wellness through breathing & movement, cultural & creative experience, and nature walking.

International teacher Oni Yogini, one of only three 3rd level teachers in the world, will be your Yantra Yoga instructor.

What is Yantra Yoga?

All programmed activities are optional. At any time you may simply like to take it easy and enjoy the beautiful environment and fresh sea air.

This is your holiday. Relax, choose, and enjoy! 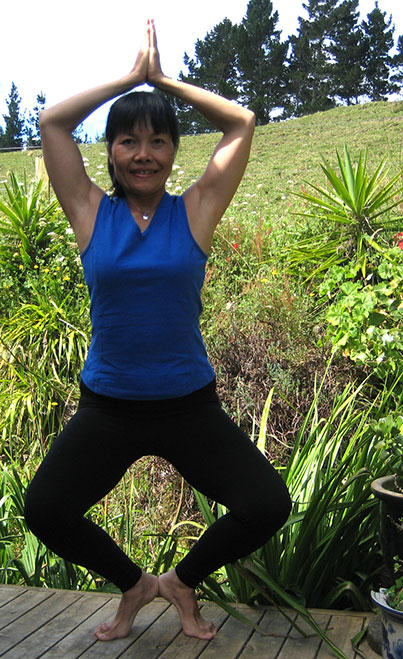 I started practicing Indian Hatha Yoga in London back in the 1980s and undertook a three-year teacher training with Peter Nilsson at the Auckland Yoga Academy in New Zealand in 1993, and have been teaching Yoga since then. I studied with Australian Iyengar teacher John Leebold, and Ashtanga Vinyasa teachers (Graeme Northfield, Peter Sanson and Dena Kingsberg) as well as Sri. P. Jois himself once, but did not take certification with either system as it would have required me to adhere to one lineage and refute the other. I taught Iyengar style yoga and Ashtanga Vinyasa yoga at the Auckland Yoga Academy full-time for 7 years, teaching Beginner, Intermediate and Restorative classes. I am currently registered with Yoga Alliance as an ERYT-500 instructor.

In 2001, I left New Zealand to follow my Teacher, the illuminated and compassionate Dzogchen Master, Chogyal Namkhai Norbu, and to also train in the Tibetan Yantra Yoga system of which Rinpoche is the Lineage Holder. I first learned this system in December 1999 and was authorised as a Level 2 Instructor in 2010, and most recently as a Level 3 Instructor in November 2016. I am also authorised to teach Harmonious Breathing by Fabio Andrico, the founder of this beautiful method of Breathing for health and wellness. See book here.

In the ensuing years, I have taught both systems of yoga in various cities in North America, New Zealand and Europe. From 2007-2012, I lived in Juneau, Alaska, working a day job and teaching Hatha Yoga classes at the local studios and traveling to teach Yantra Yoga Courses in North America. After this, I lived in New Zealand for a couple of years teaching at YogaStudio Kerikeri and at Paihia.

After three years living and teaching in the Hinterland, Maleny, QLD, we have relocated to Tasmania. 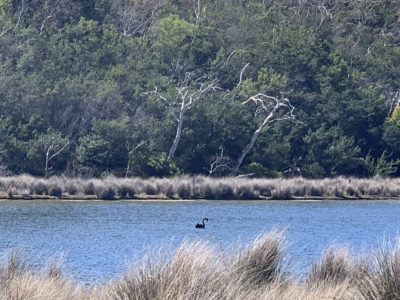 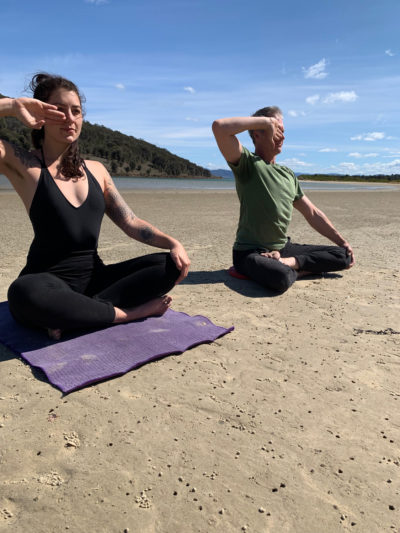 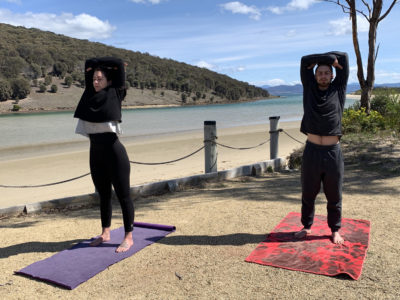 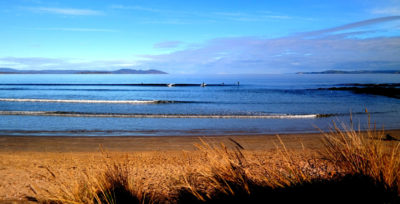 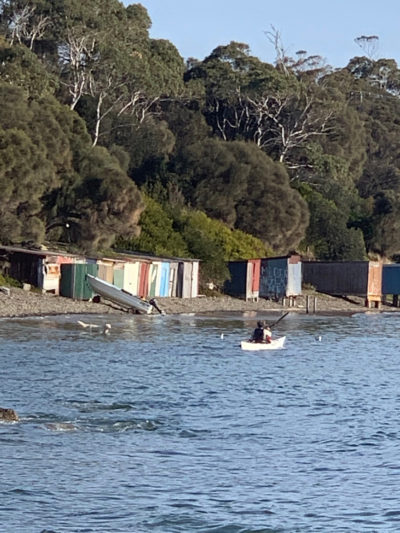 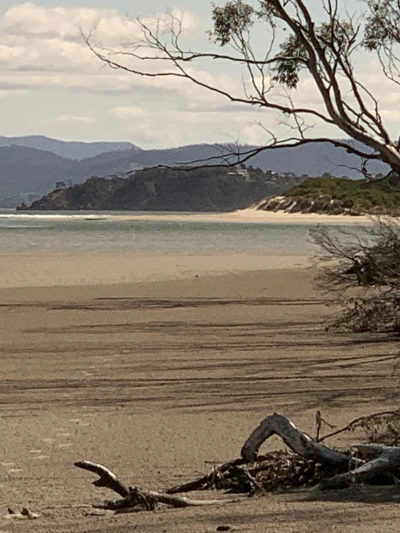 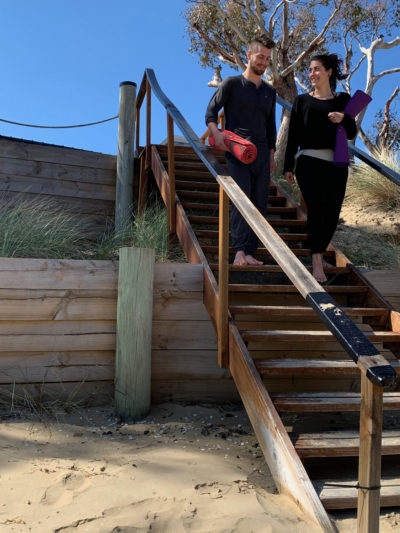 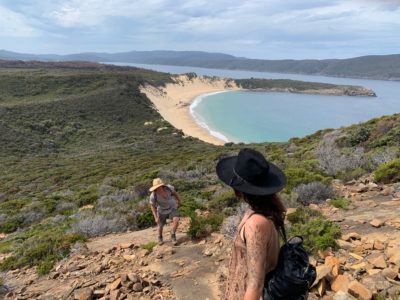 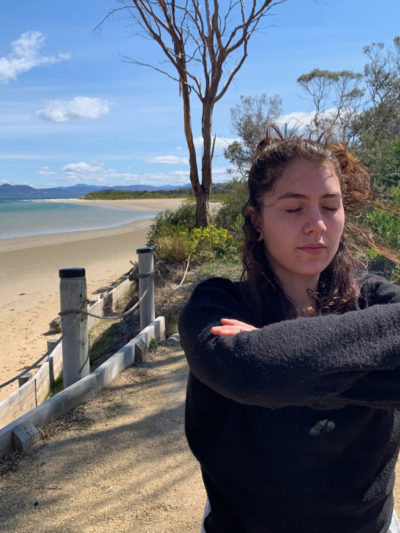 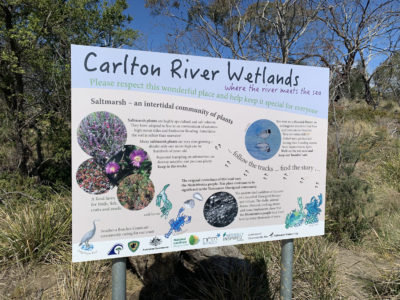 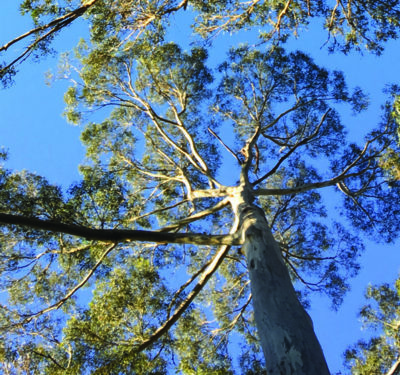 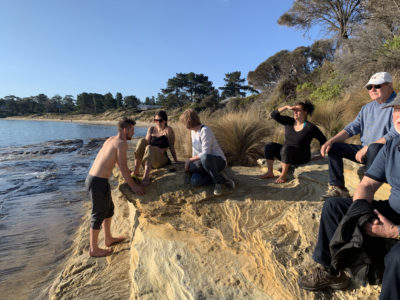 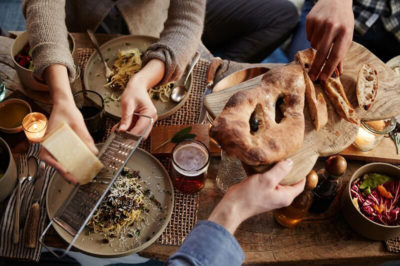 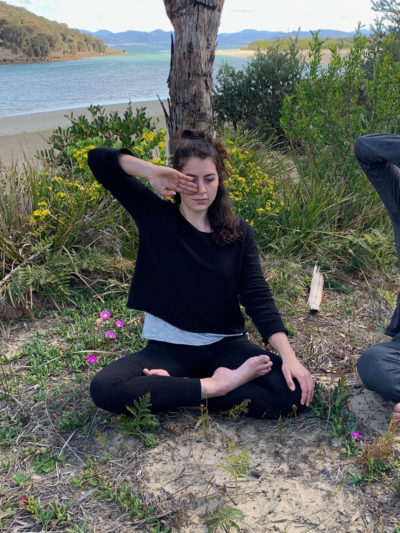 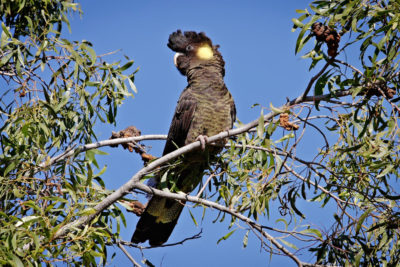 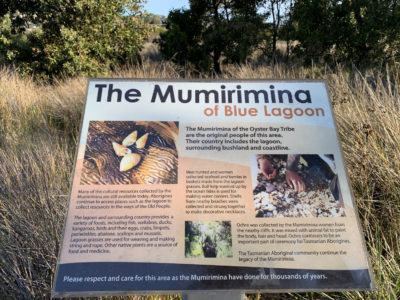 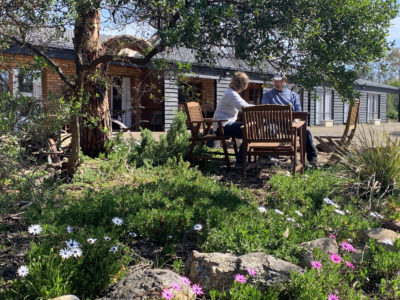 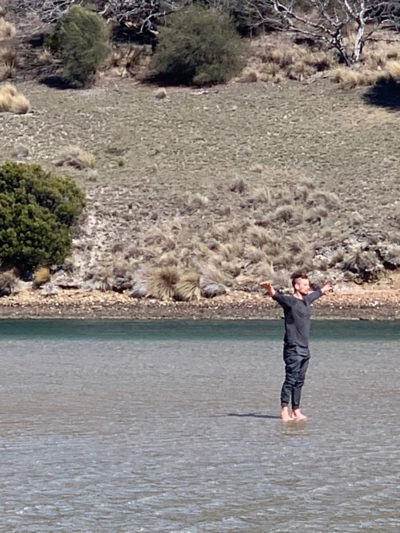